Must be downloaded! Best Survival Games for Android

Read the recommendations for the best online survival game on Android at the end of this article.

Survival in the ocean

The first online survival game that is survival at sea, this game is one of the best games that you need to survive after the ship that caught you in the storm and then sank. As the only living person you have to go through the mission to stay alive.

This game also has many elements and features that can be used for hunting and fishing, and you can also build a place to live on boats on multiple floors.

Life After is a survival game with the theme of a future destroyed by the zombie apocalypse. This game offers many features that will not let us get bored with the features of Life After.

This game is a fighting game, because you have to survive among zombies who mess up the city, and your main enemy is the man who has become a zombie.

In this game, you can plant trees and even replant, it is useful to make your source of food to survive. You can also build a house that will later become your refuge from the zombies of the outside world.

The next online game on Android is Black Desert Mobile. It is one of the mobile games that requires a lot of features, but that is in relation to the very good performance and visual effects, which are also very pleasant.

The Black Desert tells the story of a knight who must survive in a village full of monsters and then fight them. You can ride a horse to quickly explore the vast open world.

Just like in the real world, you have to tame the horse you are going to ride before you can ride it. You can also get rich by selling your collected funds. Wow, that sounds exciting, doesn’t it? Come and download now!

4. Surviving the last day on earth

The last day on earth

Last Day on Earth is one of the most popular survival games on Android today. In this game, Last Day on Earth, you have to survive, that is, steal, collect resources, make items for resale and fight evil people in order to survive.

In this game with zombies, you live in a chaotic world caused by zombies, which means that you also have to take care of your character, such as feeding him, drinking him and then cleaning his body, just like man in general.

It’s in case the zombies you find on the street don’t suddenly attack you. Oh yeah, you have to be careful when you encounter zombies, because the zombies in this game have different kinds of attacks.

The next online game for survival is The Last Shelter. In this game, your task is to build your own camp with a variety of resources and troops ready to fight at any time.

You can also search for food, raw materials, water and other items in the warehouse or building you have built. The troops you collect can be used to attack the zombies lurking in wait.

In this game you have not only to fight the zombies, but also to build a strong team of survivors with various skills.

Later, this team will be used to defeat other teams of survivors and walkers or zombies who are in the game.

They will also build one or more houses with wide, high walls to protect themselves and other survivors from the zombies.

The seventh game is The Last Maverick – Survival, which is one of the adventure games. Like other games, The Last Maverick is a survival game. This is the best game where you have to survive in the middle of a very chaotic place caused by zombies.

In this game you also need to search for adventures to find food, drink and various other means to stay alive in this game.

The difference is that in this game you can build your own city and collect warriors to fight against different zombies.

Thanks to a unique fighting method, Zombie Anarchy gives you the freedom to choose your hero and fight the zombies yourself.

Grim Soul is one of the newest games from Brickworks with dark and fantastic themes. In this game you are a knight ready to fight the evil of darkness.

This is my war.

This latest online survival game is one of the most popular Android games to date. This game is part of the war games, because you are part of a group of civilians who survive a war situation.

Dear friends, there are more than 10 best online survival games for Android, recommendations you should try. Don’t forget to share this article with your friends!

Don’t forget to bookmark and go to .com every day, because you’ll find the latest Android games, Mod Apk and ETC apps, which we’ll update daily. 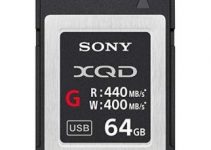