5G is currently the buzzword in the digital world. This 5G technology has a huge impact on the next generation. The connectivity and the opportunities this brings in the digital arena will have a significant impact not only for the average user, but also for the developers.

According to the GSMA, 5G networks will cover almost a third of the world’s population. This would usher in a new era in mobile communications. This will also affect the development of mobile applications.

This article examines the different aspects of the impact of 5G on the development of mobile applications.

But before we do that, let’s familiarize ourselves with 5G and how it relates to the development of mobile applications. 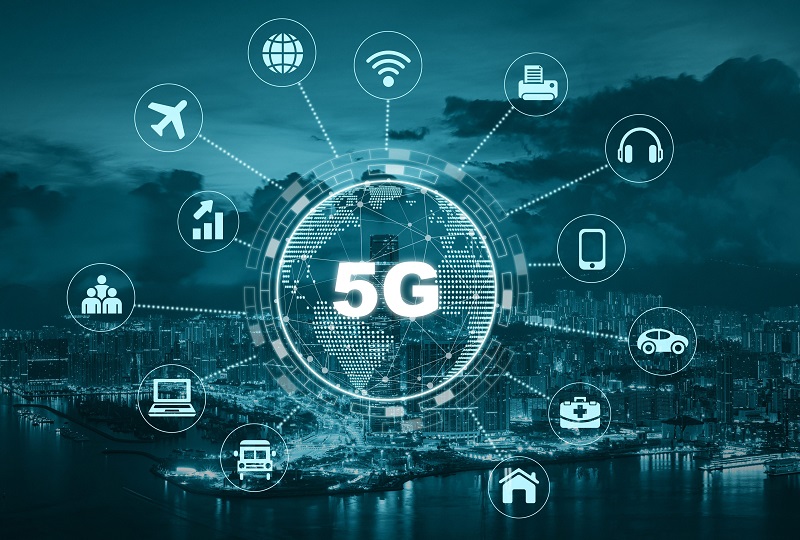 The development of 5G

To understand 5G and its benefits, we need to look at the networks that once served the digital arena. If you take a closer look, the predecessors are 1G, 2G, 3G and 4G. Each of these networks has certain properties.

So let’s get to know these previous networks. This will help us understand the additional functionality that 5G networks will bring.

It was perfect to facilitate communication. In the past, for example, simple calls were made between mobile phones.

Data transmission over this network is very low – about 1.9 kbit per second.

With a 2G network, the user can use voice calls, text messages and a limited internet connection. The 2G network brought the world’s first digital mobile technology.

The maximum transmission range of the 2G network is 10 kbit per second.

This is the third generation of mobile wireless technology. In fact, this network, with all its functions, has revolutionized smartphone technology. The network has enabled smartphone users to make video calls and even send photos for the first time.

The 3G network offers data transmission rates of a minimum of 200 kbit/s and a maximum of 14.7 Mbit/s.

It was published in 2008. This is the latest network technology.

As a result, 4G is now the main standard for wireless communication. This enables users to perform a variety of data-dependent activities, such as gaming, video conferencing, 4k video games, live HD broadcasts, etc.

The 4G data transmission rate is about 60 Mbps. Currently, most of our smart devices are compatible with 4G.

Development of 5G and mobile applications

In terms of speed, 5G has the highest data transfer rate of all mobile networks. Let me give you a simple example – it only takes three seconds to download an entire movie on a 5G network! Sounds impressive, doesn’t it?

The 5G is the fifth generation in great shape. It is a wireless communication technology that supports cellular data networks. Different means of communication, such as mobile phones and other mobile devices that support this technology, should be used to communicate over 5G.

5G is an entirely new technology for a new network infrastructure. This cannot be considered a modified version of 4G. 5G users will have a stronger mobile connection, allowing them to share data more quickly. To be more precise, connection speeds are likely to reach 10 Gbps.

So the 5G is a hundred times faster than the previous 4G technology.

8 Forecasts for the future development of 5G and mobile applications

Taking into account all the characteristics of 5G technology, this would bring about a major change in the way mobile applications are currently being developed.

Technicians and enthusiasts around the world are really excited about 5G and the impact it will have on the digital world.

They predict several things that will change significantly once 5G arrives.

Now let’s take a look at eight of the most common predictions made by experts and technology enthusiasts about the future of 5G and the development of mobile applications.

The 5G will be offered with incredibly high speeds and a very low latency. So developers have a great opportunity to make the best of it.

For example, developers of mobile applications now have more options to add features and capabilities to the IoT or Internet of Things, virtual reality or augmented reality applications. This will make it easier for the masses and will certainly increase the user-friendliness of these applications.

It will force people to apply these new technologies. Otherwise they get a certain percentage of users with in-depth knowledge of the technology. In this way, 5G will make a strong contribution to the involvement of users in this type of applications.

On the other hand, it will have a major impact on the generation of revenue through this type of application. Revenues from these applications are expected to increase after the launch of 5G.

Prediction 2: The user’s experience will be more comfortable.

5G technology will provide users with a new level of experience. It will be accompanied by a user experience that is clearer than ever before.

Try watching a video or listening to a song using another technology such as 2G, 3G or 4G networks. It is then streamed on the same LTE network. You will see that there are few or no tampons.

That would make things much clearer. With 5G technology, there would be no chance of such buffering. With the fastest connectivity, this new 5G network will motivate developers and enable them to deliver today’s best user experience.

This brings the development of mobile applications to a higher level.

Already many users have trouble transferring the files they need. This becomes clearer when the file is slightly larger.

Even on the 4G network this specific problem is visible. A 5G network could be a lifesaver in this respect. This would be an entirely new dimension for the development of all mobile file-sharing applications.

Some mobile applications are mainly designed to transfer data such as different types of files, money or other transferable objects from one device to another. For the creation of such applications, 5G will be nothing less than a godsend.

5G uses bits of the electromagnetic spectrum of radio waves. This allows you to transfer data faster than ever before.

This allows users to work with 4K video without interruption because there is no buffering.

Forecast 4: This will facilitate the use of 3D models

5G has a major impact on 3D modeling.

With the arrival of 5G, all mobile applications related to 3D modeling and augmented reality (AR) will get a much needed boost.

With these applications 3D models of different objects are made in the highest quality. Such a mobile phone can therefore make an important contribution in many areas such as construction, architecture, education and more.

Forecast 5: This will contribute to the growth of navigation applications.

These applications are mainly used to make travelling easier.

The introduction of 5G network technology will provide further interesting opportunities for the development of such navigation applications. This guarantees a very high quality and smooth communication through such an application.

In this way, 5G will make an important contribution to the growth of the tourism sector. Any foreigner coming to a particular country can travel freely without any form of supervision. This will certainly make travelling more enjoyable for tourists.

Connection density is an essential concept in telecommunications.

So how close are the connections?

Link density refers to the ability of the network to support the routing of multiple messages or e-mails within a population. The connection density varies between different network systems.

The most recent network is now the 4G network. However, this 4G network can only support about 2,000 connected devices per 0.38 square miles. The average number of users per user is likely to increase over time. So, of course, as the number of devices increases, 4G network support will not be enough.

A 5G network is the answer to this problem.

The 5G has the capacity to support about 1 million devices connected simultaneously. Information technology will make IoT or the Internet of Things more accessible to people of all origins.

Forecast 7: This will happen with less reliance on hardware.

The 5G network ensures the fastest real-time communication between the different devices. Millions of GB of data will be transmitted over a 5G network without delay, regardless of distance.

This makes most mobile applications much less dependent on the hardware that comes with the mobile devices.

This will happen because the 5G network provides power to the data center. In a sense, this would considerably facilitate the production process of mobile devices.

So far, chatbots can’t replace people. But with the introduction of the 5G network, the chat experience will be better than before.

With 5G networks, chatbots will be able to give a person a fast response in real time, using a high-speed network and a larger data set.

Summarized: 5G is the future of mobile communications. It will be launched with many amazing features such as fastest data transfer, higher bandwidth, zero network latency, better user experience and much more.

It will be the ultimate gateway to new opportunities for the development of mobile applications. Things are going to change in this area. These changes will undoubtedly benefit the digital world and users.

This would not only be a solution for the development of mobile applications, but it would also have a huge impact on regular users. 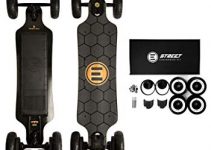