I have problems with the Google Play Store and insist that my application is supported on 0 devices. I’ve tried all the solutions I’ve found on SO and elsewhere. It’s not that the apk is inactive, it’s turned on by default, and I even tried to turn it off and on again.

I have tested it on my Galaxy Nexus and it works very well, there is no reason why it would not be compatible with an Android device……

The full source code of the project can be found here: https://github.com/Nurgak/Android-Bluetooth-Remote-Control, because it is open source.

That’s what I see on Google Play.

The five characteristics are

I too was absolutely blown away by their support, I only received a generic email response to our FAQ.

P.S: You don’t need an android.hardware.screen.portrait if you set
to false. In this case it has no effect.

I encountered a similar problem when I entered the camera hardware in the use-feature tag of the manifest file as follows:

If you do not specify the android:required attribute, the default value will be true. That’s why the Google Play Store assumes that the application will not work if the camera hardware is missing.

Once you have set android:required to false as below, the Play Store will accept the MOTOR and display the list of available devices for the application.

You can also check the function descriptions for typing errors. See http://developer.android.com/guide/topics/manifest/uses-feature-element.html#features-reference for supported job descriptions.

We recently switched to Android Studio (from Eclipse), and I tried to download my first production version made in Studio, and I got the dreaded Supported Android Devices 0 message when I downloaded the MOTK. The solution was to enable the Apache Commons codec library.

Check your build.gradle file – if you see anything like it:

My theory is that part of the namespace org.apache.directory.studio disrupts the developer’s console and the use of steno works well.

How did I find out? They got lucky and I found their promise message on a Google search.

For me, the problem was this line in the manifest file:

I can spend a lot of time tracking them down, but fortunately Google offers an option in the developer’s console to contact them via chat (for some reason this option is no longer available on ATMW, maybe it’s closed?) They were able to locate the problem in a few minutes, I had to change the above line into

A considerable time saving, thanks to Google!

Go to Troubleshooting -> Device Catalog and select any unsupported device to view the data, and you will see the reason why it is not supported. 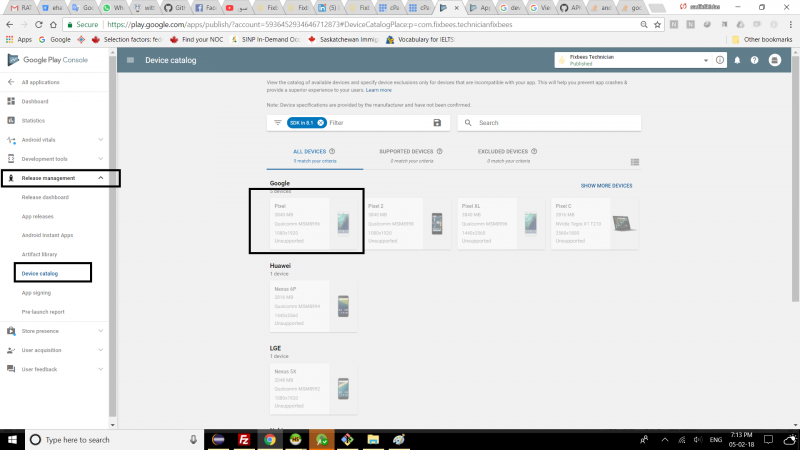 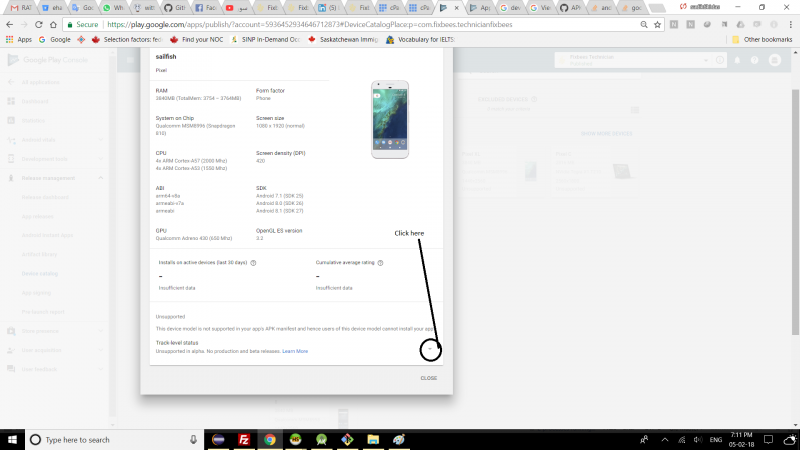 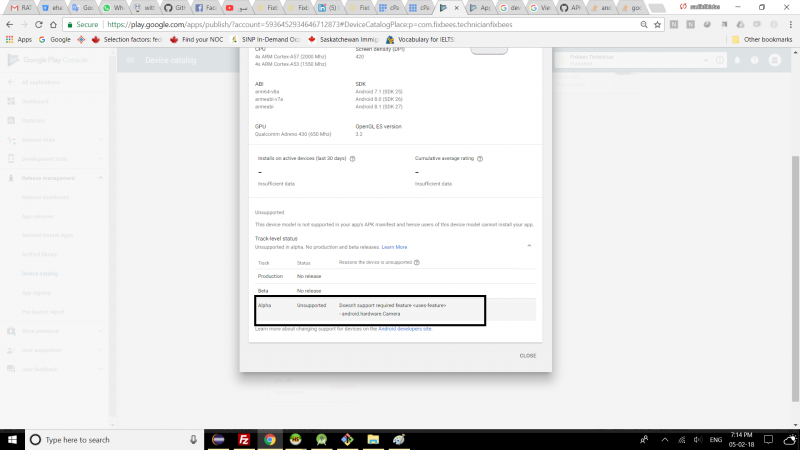 Sometimes this is due to a third party library you are referring to. If you can find out which ones, and if you can delete them, you can solve the problem.

In case I have to cancel:

I had a similar problem. My solution was to write this line correctly in the manifesto:

Although this question has been answered with some additional adjustments,
has removed any dependency on .jar (especially the general dependency on .*.jar).
I was able to solve the problem after the addiction was dealt with.

If you are using the gradle, make sure that all manifests in your project are aligned with the sdk min/max/target version.

I also had a problem with 0 supported devices, but the reason was different. One of the libraries creates a lib/README.txt file in the generated MOT. After downloading the MOT to the Google game console, the file lib/README.txt is retrieved by the MOTK parser and is considered a native library that is not supported by any device.

I solved the problem by deleting the MOTK file with the following Gradle configuration in the build.gradle file: