Home
Shopping
How To Know If Your Ray-Ban Sunglasses Are Original?

Ray-Ban was founded in 1936 by Bausch & Lomb, an American firm, and has since become a household name, best known for its Wayfarer and Aviator sunglasses.

Given the popularity of this brand for its sunglasses, it’s no wonder that many shady vendors are attempting to pass off counterfeit Ray-Bans as real. There are techniques to detect if your Ray-Ban is real or fake, so don’t worry.

To avoid falling into a similar trap, read this tutorial to learn how to detect if a pair of Ray-Bans is genuine or not. 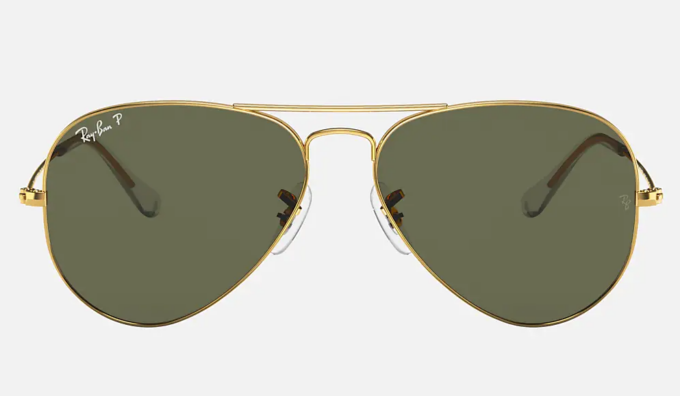 There are three spots on an authentic pair of Ray-Ban sunglasses where the logo/ symbol can be seen. To begin with, the Ray-Ban logo is printed on the upper right corner of the sunglasses’ right lens. On the other hand, the logo can be easily replicated. However, the only way to tell is to scratch the logo. It’s a sign that the sunglasses are phony if the logo material comes off easily.

The letters ‘RB’ inscribed on the metal inside the oval-shaped nose pad are the second spot to verify authenticity. Because this, too, can be counterfeited, check to see if the etched RB just covers the metallic area of the nose pad. If it doesn’t, you know it’s not a genuine Ray-Ban.

The third spot to keep an eye out for is at the hinge on the left lens. On genuine Ray-Ban sunglasses, an ‘RB’ is printed using laser printing. On the other hand, fake or knockoff sunglasses may or may not have this detailing, and if they do, they will readily peel off when scratched.

A fresh new pair of Ray-Ban sunglasses also comes with a lens sticker that should be thoroughly examined for any trademark and logo discrepancies.

2. Check for engraved markings on the Nose Bridge

The nose bridge is a metallic line that connects both lenses. Original Ray-Ban sunglasses have engraved features like the brand name and sizing code on the backside of the nose bridge. This is what it would look like: ‘RAY-BAN 591154’. The size code on the inside left of the temple arm should match this code.

Ray-Ban sunglasses are created entirely in Italy. Right? Surprisingly, this isn’t the case for all of them. People often assume that the ‘Made in China’ label on Ray-Ban sunglasses is the ultimate signal of fakeness. However, Ray-producer, Ban’s Luxottica, conducts operations in both China and Italy. Even though most production occurs in Italy, a few models are still made in China or in both Italian and Chinese factories. However, there is no doubt that quality standards have not changed.

The lenses on Ray-Ban sunglasses are also of excellent quality. A majority of the models have glass lenses. Other materials, on the other hand, are used in some of the more modern designs.
The Ray-Ban logo and the letters “RB” will be imprinted on the lenses of genuine Ray-Bans. The top corner of Ray-Ban polarized lenses will be engraved with “Ray-Ban P.”
If this isn’t present, they are undoubtedly false. Genuine Ray-Ban lenses are also less likely to scratch than fakes, which frequently utilize an insufficient coating or colored film. 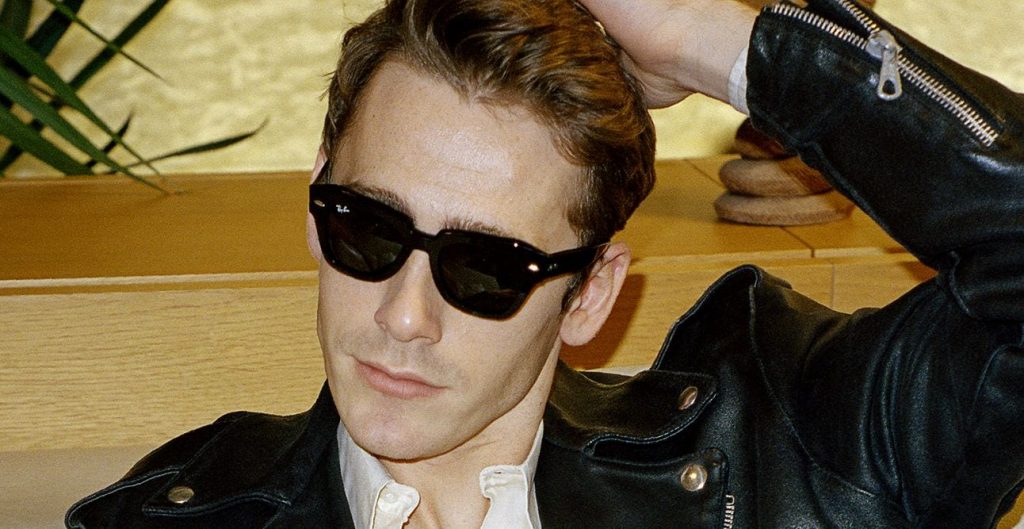 Genuine Ray-Ban sunglasses are handcrafted in Italy and are of excellent material and finish quality. Keep your Ray-Bans on and take a good look. Do they have a good weight to them? Is there a high-quality finish around the joints? Genuine acetate Ray-Bans, such as the Wayfarer, are handcrafted from a solid block of high-quality acetate and are hand-polished. The acetate material should not have any seams or rough joints. If you don’t have the opportunity to examine the item closely and feel it, it’s probably best not to buy it.

A Ray-Ban case entails genuine sunglasses and features add-ons exclusively provided by the company. There are several cases for various designs, but most of them have a tan or black leather appearance and feel. Look for the Ray-Ban logo on the case’s stud; fakes often lack this. 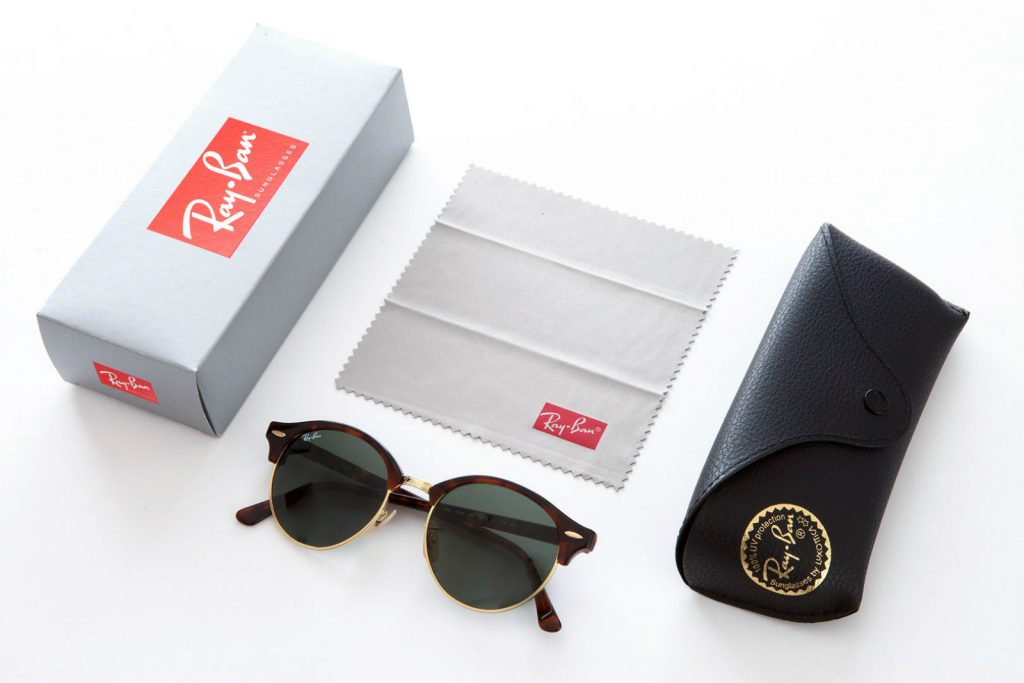 As mentioned above, all Ray-Ban sunglasses come with classic packaging.

Paper box: Ray-Ban logo on a silver, gleaming paper box. If you look on the side, there should be a label with barcodes indicating that it was purchased from a trustworthy merchant.

Case: Ray-Ban makes various cases for different models, but most feel and look like genuine leather. On the front left side of each Ray-Ban case, there should be a dazzling golden or black seal that reads, “100% UV Protection – Ray-Ban – Sunglasses By Luxottica.” On the other hand, Ray-Ban Junior items may arrive in a colorful cloth pouch as an exception.

Cleaning cloth: Don’t overlook a branded Ray-Ban’s cleaning cloth, which is always made of high-quality materials and features a logo that fakes frequently forget to counterfeit.

Booklet: Authenticity or guarantee certificates are discussed in several guides. It doesn’t exist to tell you the truth. A little pamphlet with advertising graphics, product details, and rules summarizing how to care for your glasses is always included with Ray-Ban packaging. This pamphlet, on the other hand, is not a certificate of authenticity. In any case, keep an eye out for any spelling or factual problems inside this pamphlet; there should be none.

Purchasing imitation sunglasses may appear to be a fantastic deal at first. But, at the end of the day, it is not worth it. Fake sunglasses are unpleasant for a variety of reasons, including poor quality and materials. Always be aware of your surroundings and take good care of your eyes. However, you can only achieve that with a pair of original Ray-Ban. You’ll never regret investing in a fantastic pair of sunglasses as they’re truly worth every penny! 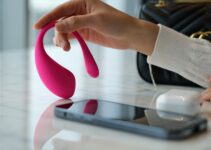 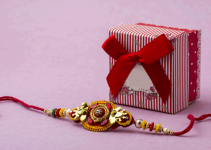