Your processor, often abbreviated to CPU, is the central component of your computer. It has to perform millions of calculations per second to give you a flawless experience. So it can get hot very quickly. Your processor needs constant cooling. If it is unable to dissipate heat quickly and efficiently, it will overheat and shut down after a few seconds. If it’s an old processor, it may continue to heat up until something bad happens.

Even under normal operating conditions, your processor gets very hot, and sometimes your cooler isn’t able to compensate, especially if it’s old. This results in thermal throttling by the processor to prevent overheating. For you, that means stuttering and freezing. Overheating can also cause the processor to become unstable, resulting in crashes, BSODs and loss of documents.

The only way to avoid overheating problems is to lower the processor temperature. This will not only make your system more stable, but also more powerful by reducing or eliminating thermal throttling. Fortunately, there are many ways to do this. So here’s a guide to lowering the CPU temperature.

One of the easiest ways to immediately lower the temperature of the processor is to clean the computer. Similarly, GPU and motherboard temperatures can be reduced. You can easily clean your computer with a can of compressed air and a face mask, which everyone has these days (thank you, COVID-19).

Here are step-by-step instructions on how to clean up your PC:

While this method is excellent, you will probably need to combine it with the next step to achieve a significant reduction in CPU temperature. Even if you remove the cooler from the CPU, the next step is mandatory because it is not possible to reuse the old thermal paste.

Modification of the thermal junction

It is essentially a continuation of the previous one. Of course, it’s always a good idea to clean your computer, but replacing thermal paste is one of the most economical and effective ways to significantly reduce your processor’s temperature. If your CPU is running at around 85°C, you can expect the temperature to drop to around 80°C after this step.

See also  How to Fix Unexpected Store Exception in Windows 10?

The thermal paste is important because it allows contact between the metal part of the CPU cooler and the CPU’s heat sink. Metal surfaces do indeed appear smooth, but have microscopic imperfections that create gaps. If you use a cooler without thermal paste, you will get the impression that no cooler is installed.

Even high quality thermal pastes are very cheap and readily available, so try to make the most of them. Whichever one you buy, you’ll significantly lower your processor’s temperature, especially if you’ve never done it before. Ideally, you should replace the thermal paste every year to have an optimal CPU temperature. Doing it yourself is super easy and much cheaper than having it done by a professional at an electronics store.

That’s how we do it:

This step will significantly lower the temperature of your processor. However, if your CPU cooler is old or you just want better temperatures for maximum stability and some overclocking, there are many other things you can do.

Almost all aftermarket coolers are better than the base cooler that comes with your processor. This is especially true if you are using an Intel processor. While it is possible to buy a high-end liquid cooler that costs $200, most people are not willing to spend that much money. You can and should opt for an air cooler if you want better performance for your money.

Fortunately, there is a wide variety of replacement radiators to choose from. Buy the best you can afford and make sure it’s from a reputable brand. Cooler Master, Arctic, Noctua, Corsair, and Thermaltake all make excellent CPU coolers to ensure your CPU is properly cooled. If you already have a good CPU cooler but the temperature of your CPU remains high, increasing the airflow by following these two steps will have some effect.

If you’re one of those people who plugs everything in without paying attention to cable management, it’s time to change that. With all those cables obstructing airflow in your computer, it’s no wonder your processor is overheating. The easiest and laziest way is to remove all the wires from the fans. You can use Velcro and cable ties to bundle the cables together and then move them around.

If your enclosure has holes for cable routing, use those. Lay out all possible cables, for example a 24-pin cable for the motherboard and an 8-pin cable for the CPU. If your computer has a power supply cover, remove any cables you do not need. If you have a modular power supply, you can disconnect the wires that aren’t connected to anything to further reduce clutter.

Wiring probably won’t do wonders for your processor’s temperature, but it can improve airflow and lower the temperature inside the case by about 3-4°C. Your computer will even look much better and cleaner after that. This also gives you more room in your file, which makes the next step easier.

Your CPU’s cooler needs good air circulation to dissipate the heat generated by the CPU. Assuming your cables are now out of reach, you can just add fans for the enclosure. Just like a CPU cooler, you should buy the best one you can afford. Whether it’s a ton of cheap fans or a few better ones is still being considered.

There is also the problem of air pressure. Positive, balanced and negative air pressure simply describe the amount of air coming in versus going out. Tests have shown that negative pressure gives better results, but there are also some advantages to balanced pressure. It’s up to you.
We recommend using at least two exhaust fans and one inlet fan. You can really feel the difference between cheap fans and high-quality fans, so try to buy fans from a well-known brand.

Having RGB lighting everywhere is good, but having good air circulation is even better. That’s not to say RGB fans are bad, but expect to pay a little more for each brand.
But what if you can’t even add more fans? Then the next step is for you.

If your current case is too small and you don’t have room to install fans, you should probably get a new one. This greatly improves the airflow in your computer, resulting in lower processor temperature. You can kill two birds with one stone by buying a high quality enclosure that also comes with high quality fan housings. Some brands are very generous and give you three or four fans, which will probably save you money and installation time.

In general: The larger the housing, the better the air circulation. However, most people no longer have enough space on their desk. You can compromise and take a middle ground. Make sure it is spacious, looks good and has all the features you are looking for.

If you’re using a laptop, buying an enclosure or adding fans isn’t really an option. However, you can buy a cooler for your laptop that essentially does the same thing. The cooler is especially useful when you use your laptop for gaming. This significantly lowers the temperature of the CPU and GPU. If you don’t like the fridge, you can connect an external keyboard and the problem is solved. The same goes for the screen.

In addition to a laptop cooler, it’s a good idea to take your laptop apart to remove the dust and replace the thermal compound. Since dismantling a laptop is much more complicated than dismantling a regular desktop computer, it is wise to let a professional do it. If you want to do it yourself, you will find instructions on how to do it for your specific model.

Speeding up the fan

This move doesn’t cost any money, but it’s definitely worth making a lot of noise. Throw your fans. The best idea is to create a custom fan curve in the motherboard’s BIOS. Make sure the fans are not too noisy when idling, but reach 100% at about 75-80°C. Most people agree that constant changes in fan speed are more audible and irritating than running at 100% all the time, so this should be taken into account when setting up a fan curve.

Note that continuous operation at high speed will shorten the life of the fans. If your BIOS does not support custom fan curve settings, you can probably achieve this with a third-party program. Change the speed of the housing fan and the CPU fan. The former is designed to improve airflow and the latter to lower the temperature of the processor.

What should the processor temperature be?

If you live in a very hot area or if your room is usually very hot, consider turning on the air conditioning or moving your computer to another part of the house. The ambient temperature plays an important role in the temperature of the processor. Therefore, crashes, accelerations and BSODs can be common, especially in the summer.

Even if your room is not very warm, your computer generates a lot of heat when you run intensive tasks, so you will need to counteract this by lowering the room temperature in other ways.

What happens when my CPU overheats?

If your processor heats up to a temperature deemed dangerous, it will automatically shut down to prevent damage. Some older processors don’t have this feature, and your processor can burn out and take the rest of your computer with it.

If the processor gets hot all the time, i.e. usually above 85°C, its life span is significantly reduced. It can also heat up the environment and destroy the motherboard. Since the motherboard has few heat sinks and is not designed for high temperatures, it can be easily damaged.

The best case scenario you will see when your CPU overheats is that it just accelerates, meaning it lowers its clock speed to achieve a better temperature. Your computer will not crash and you will not lose any files, but you will notice stuttering and performance issues. You can reduce or eliminate throttling by running the CPU cooler.

The CPU works hard so you can work, play games, watch movies, surf the web and much more. All this processing power requires proper cooling. There are many ways to lower the temperature of the processor, most of them are not expensive or even completely free.

Cleaning the computer, replacing the thermal paste and moving some cables are the most basic steps that will significantly improve the temperature of the processor. If you want to shift up a gear, consider upgrading your CPU cooler, case and fan housing.

If you are still experiencing high temperatures, you can create a custom ventilation curve and force the fans to speed up when temperatures are high. Avoiding overheating improves performance and stability.

What is the temperature too high for the processor?

Theoretically, overclocking temperatures can safely reach 90°C, and the maximum temperature is specified in the 105-110°C range for many CPUs. However, for extended use, it is preferable to keep the temperature generally below 80°C and increase it to a maximum of 85°C.

Is the processor hot at 70 degrees Celsius?

Yes, it is a bit hot when the processor is running at 70 degrees Celsius. However, it can reach higher temperatures, especially if you make it work intensively.

Is the processor set to 90 degrees?

Processors work best when it’s cold, but 70 degrees isn’t so bad. … If your processor heats up to high temperatures, it may be a thermal accelerator. When the processor temperature rises to about 90 degrees, the processor automatically shuts down and slows down to cool down. 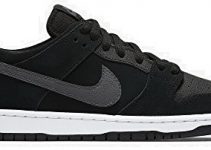 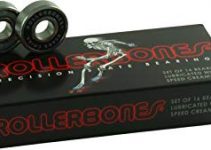 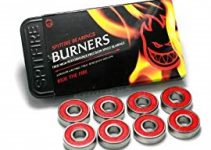