The vinyl format is surely a force to be reckoned with.

Imagine resurfacing in the midst of an age where people are heavily relying on advanced technology and the internet. Where people can get their music for free!

That would be quite a miracle, right there.

But I must say this, the comeback of the vinyl record format is not a fluke.

It has been the result of its sales finally appearing again in 2006 after CDs took the throne. It has even reached its first milestone last year, 2022, when it surpassed CD sales in the US.

With the increasing sales of vinyl records, the number of musicians acquiring vinyl pressing services are also increasing. Artists, whether signed to a commercial record label or an indie, seasoned or a newbie, popular or unpopular, have been releasing numerous vinyl record albums.

Famous musicians like Taylor Swift and One Direction’s Harry Styles have released their music albums on custom vinyl records and have sold tons of copies. Even the talented music industry newcomer, Olivia Rodrigo, has released her debut album in the format.

If you want to have your own album on custom vinyl records but are worried of the costly production and great number of copies to be sold then we have a solution for that. Pressing plants are now offering short run vinyl pressings where you can order one hundred or fewer copies. According to UnifiedManufacturing.com, you can press your custom vinyl records, in small quantities or even short run vinyl pressing services and they will be very happy to have you even if you are an indie musician or a LA band.

WHY IS THE FORMAT BECOMING POPULAR AGAIN?

The vinyl record format is having a continuously increasing popularity and here are some reasons why. 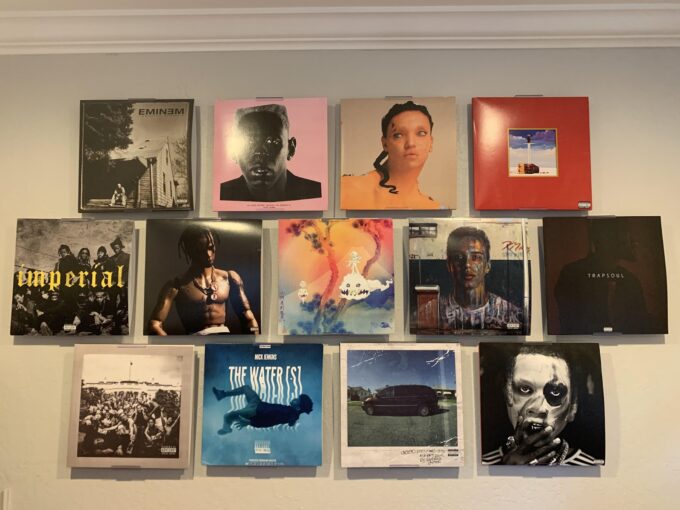 Vinyl record format is known for being an analog one, where soundwaves are not captured and translated. This means that no musical information is lost from the recording and is therefore a complete replica of the tracks’ actual soundwaves.

According to most audiophiles, the vinyl record is the best audio format when it comes to sound quality. This is because all the elements the musicians want present on their tracks are not either de-essed or degraded by digital translation. However, this all depends on how well taken care of the vinyl records are.

Nevertheless, vinyl records, played on quality turntables you can find in stores like dacapoaudio.com, are still popular for the sound they offer. Aside from having higher quality, some people prefer hearing the imperfections during playback. Some love hearing the occasional pops and hisses that gives it a more authentic sound to it.

Apparently, album art was made for vinyl records. This means that if vinyl pressings never happened album art wouldn’t have even existed in the first place. it actually makes perfect sense, because vinyl packaging are very big square-sized jackets. If they were left blank, they would not sell at all.

Aside from the music the record holds, the album art printed on jackets and sleeves contributes to the vinyl record’s attractiveness. The cooler your artwork the more people will check out your vinyl album. So make sure to create an awesome one because it’s also something most people love to look at when listening to the format.

In the past, vinyl records were mostly colored black and were circle-shaped. At present, we can now have multi-colored, not colored, and variously shaped vinyl records. Vinyl records have now become more customizable. The reason why they are sometimes called “custom vinyl records”.

If you plan on having a record pressing of custom vinyl records here are some custom ideas you can try. 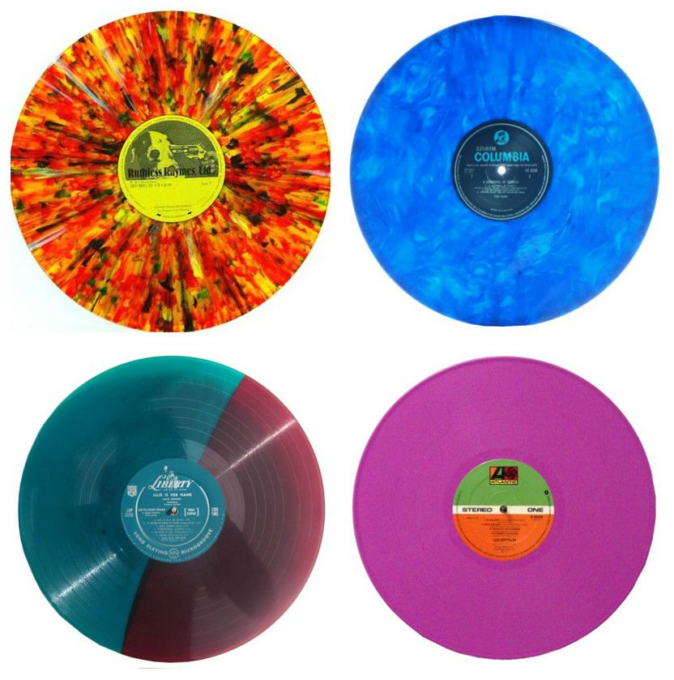 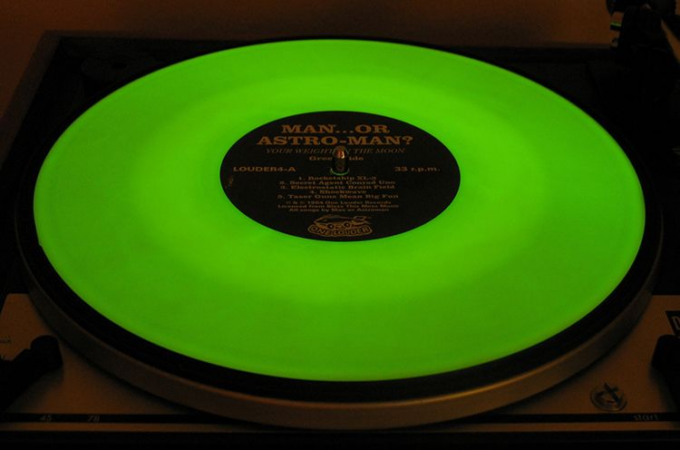 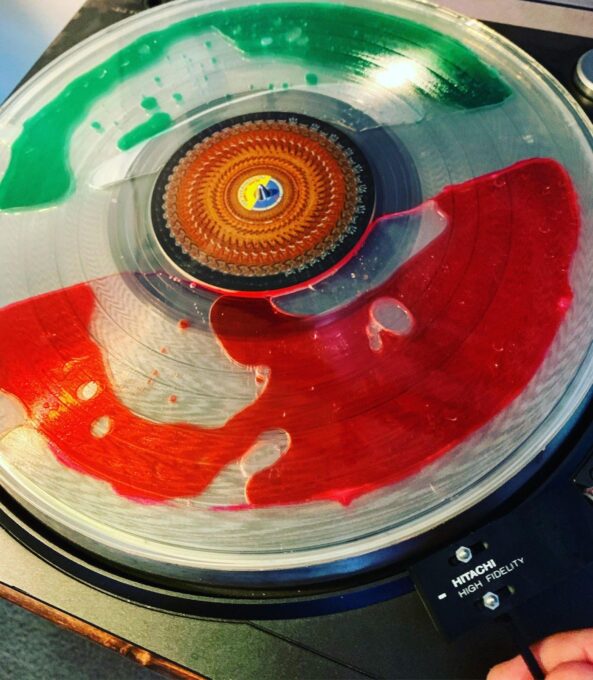 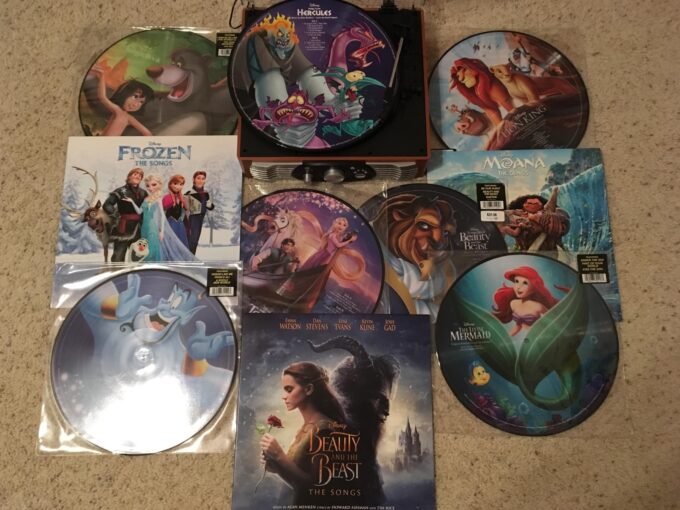 Because of the vinyl record’s customizability and its packaging’s artwork, the format has been deemed as an item worth collecting. With cool unique artworks printed across the vast jackets and sleeves along with custom vinyl records that are uniquely designed, it sure is a collectible.

You have already seen how far vinyl records can be customized. As you can see, there is almost no limit to it. And with such various ways, I’m sure you can create a unique design for your very own custom vinyl records.

Moreover, the more versions you have the more collectible they become. If you have released a vinyl album in the past, you can try repressing the album and releasing the copies with new artworks and new vinyl record design. You can also release different versions of the same album at the same time too. 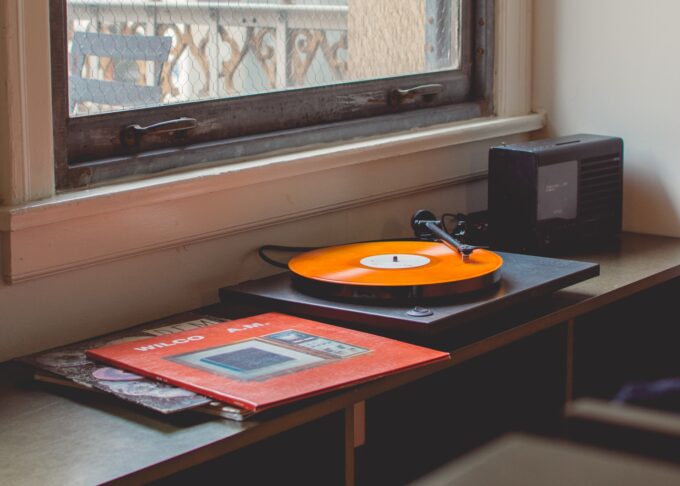 In this age where music has been highly digitized, people are looking for albums they can touch and hold. Custom vinyl records are physical formats of your music which means they can be touched.

But due to being a tangible format of music, they need to be taken care of. External damages can affect the record’s playback so it should be cleaned and stored well. In addition to needing care, it also needs your attention during playback because it requires you to flip it after finishing one side of the record.

Since it’s a tangible item, this means that digital albums the person who bought the vinyl album will own the vinyl album. They can, therefore, do anything they want with it. They can sell it, store it, pass it down to their children and more.

With buying digital albums and singles, you are not assured that you will have them in the future because it all depends on the availability of the platform. If the platform from which you bought the digital album stops operating, you won’t have any copy of it. With vinyl records no matter how many years or decades have passed, you will still have it with you. 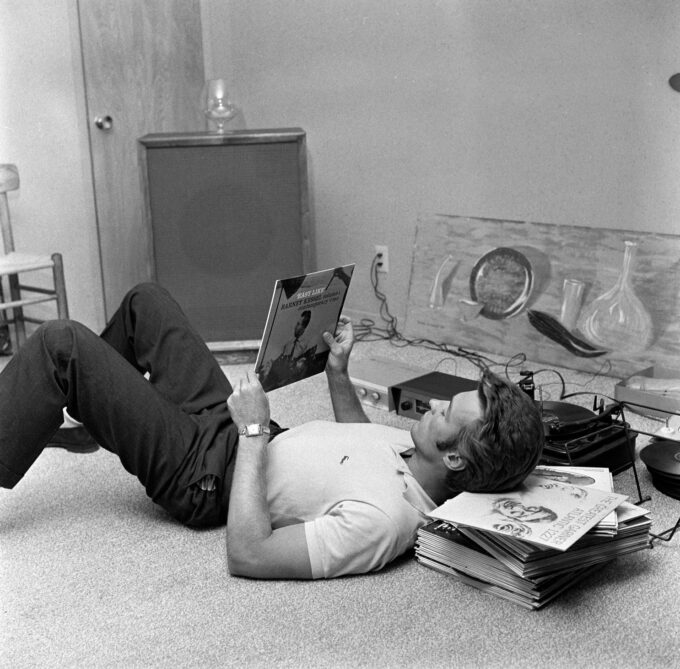 Lastly, we have the experience the format can give. From the buying of a vinyl album all the way to the playing of it on a turntable, tons of experiences are there. Let’s just say it will give people the experience of a lifetime.

Buying vinyl albums is a thrilling experience for people who visit record stores because they will get to search through shelves and boxes of vinyl albums. They can also ask for recommendations from the owner and fellow shoppers and even listen to newly discovered albums through the shop’s available record players.

As mentioned, vinyl records need care and so people will experience dusting and wiping through the surface of the records they have. And when listening to vinyl records, there will be some time for complimenting the artwork of the record chosen. In addition, the sound produced by the record is warm which gives a very homey-feel.

Vinyl records are already popular and I bet that they’ll be even more in the future. So with all the popularity it has now, I think you’re already convinced to do some vinyl pressing for your band. If you are already planning to, just remember to enjoy the process and to not worry too much. Good luck! 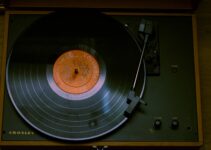 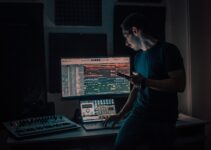 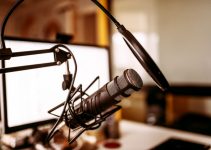 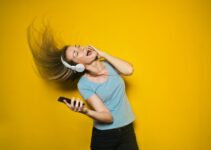 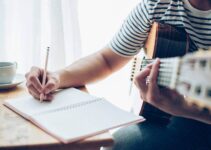